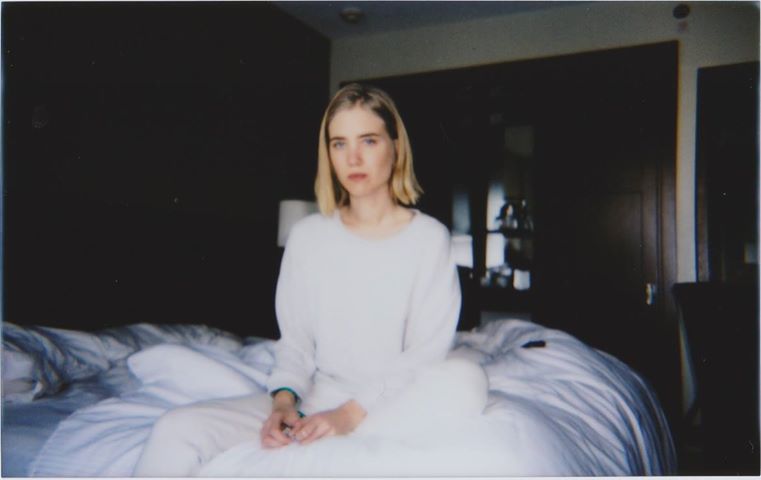 Elliott Smith – A Fond Farewell
This entire list could have easily consisted of just Elliott Smith songs. However, I choose one of his up-beat songs, because I often forget about or overlook them myself. “A Fond Farewell” is taken from his album “From a Basement on the Hill”, released posthumously in 2004. On the face of it, it’s such a nice pop song but when you actually listen to the lyrics you just want to cry. The contrast between the perfectly molded melody and the lyrics make this song absolutely heartbreaking.

Fiona Apple – Sullen Girl
This song is taken from her debut album “Tidal”, which was written when she was only 17 years old. I will catch myself humming this song into eternity.

Chris Bell – I Am the Cosmos
Co-founder of Big Star, Chris Bell, never got super famous. This song is taken from “I Am the Cosmos” which was released in 1992, 14 years after Bell died tragically in a car crash, just 27 years old. During the last minutes of the song, Bell sings “I really wanna see you again” over and over. If this isn’t miserable, then I don’t know. Also, I don’t know what’s up with his voice, but it sounds so good.

I came across this song in the book “Sånger om Kärlek 2” (“Songs About Love 2”), written by the late Lennart Persson, an amazing Swedish music journalist. If you happen to know Swedish, I recommend you get that book and read it.

Damon Albarn – The Selfish Giant
I’m not used to Albarn being this self-revealing in his lyrics. The chorus goes: I had a dream you were leaving, it’s hard to be a lover when the TV’s on and nothing is in your eyes. That image of a romantic relationship eroded by everyday life never gets old. I read somewhere that Albarn tried to get rid of those lines (I can relate to that urge myself), but producer Richard Russel forced him to keep them. Which illustrates one big advantage of working with a good producer – by seeing someone’s work from the outside, they can save “the artist” from themselves a little bit. From Everyday Robots (2014).

Electric Light Orchestra – Telephone Line
Ok, so can we all agree that Jeff Lynne is fantastic? ELO’s music is just outrageous. This is the best break-up song ever, maybe. From A New World Order (1976).

Feist – Let It Die
Or maybe this is the best break-up song ever. “The saddest part of a broken heart isn’t the ending so much as the start.” Taken from her debut album Let It Die (2003 I think). From when I was 16 to 18, I listened to this song almost every day. Those were the days J

Cat Power – Lived in Bars
I still don’t know what this song is about. It makes me very melancholic though. Maybe because it sounds exactly like a picture of friends I don’t know anymore, outside in the summer, watching a sunrise. From The Greatest (2006).

A Camp – Elephant
Nina Persson of The Cardigans has always been one of my favorite singers and writers. Her first solo album, A Camp (2001), was produced by another favorite of mine – Mark Linkous of Sparklehorse. The entire album is great, but maybe the closing number “Elephant” is the best. Linkous’s production is so weird and beautiful, Persson’s lyrics are spot on, and Aminor // G // F is the best chord progression ever.

Sparklehorse – Dreamt of Light Years in the Belly of a Mountain
There is something very special about this song. It’s over 11 minutes long and completely instrumental. Listening to it feels like staring into a black hole that devours any traces of happy thoughts. It’s more like reading a sad book. I seldom listen to it anymore, but I used to listen to it every day.

I remember very clearly what I was doing when I got a text saying that Mark Linkous had taken his own life. I was sitting in a dull office room with other call center trainees. It was my first job. March was outside and all my memories from those days are just foggy and gray, without sunshine. This was the first death of an artist that affected me deeply on a personal level. From the album Dreamt of Light Years in the Belly of a Mountain (2006).