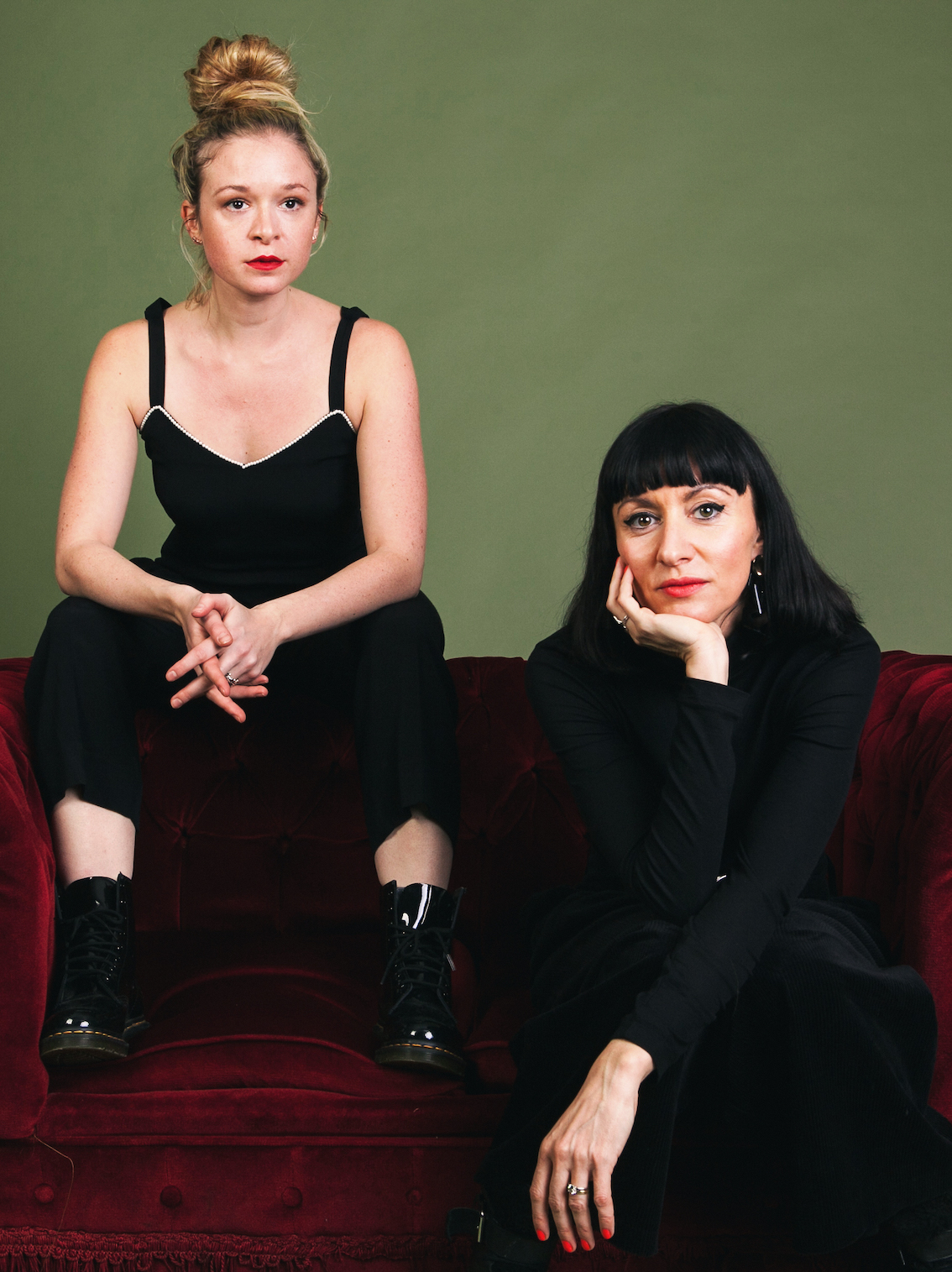 „When Aisling and I started writing together, it was against this background of social and political turmoil – we were both trying to understand our identities within a country where we had built our lives”, erklärt Anna Phoebe.

„The music sessions we had together were an escape from all the noise. We would take breaks from writing and walk onto the beach, looking across the water at the outline of the French coast... discussing what it was to be European in a country where people had voted to reject Europe. All those mixed up emotions found their way into the music, exploring the complex layers of identity we all have — the layers of who we are and where we fit in.”

Her voice just scoops you up and warms you up from the inside... but at the same time you’re entering straight into her nostalgia reflecting a difficult time in her childhood - dragged around bars with her sister by her mum who had divorced her dad...

Mistakes from the past repeating in a loop....the repetitive simple piano riff and her ethereal voice draws you in to an inner hypnotic melancholy.

The cover of the Tears For Fears song ...It’s a song about depression and feelings of teenage isolation, but I think it can also relate generally to the feeling of being dislocated to the reality of the world around you.... and in today’s current climate it’s doubly relevant - we live in a world more connected than ever through social media but mental health issues and depression among people are on the rise. And politically we’re connected and engaged more than ever but there is a tide of politics preying on people feeling fearful and disenfranchised from the economic and political system.

A classic. Every breakup, every heartache , I would turn to Jeff Buckley. His voice sounds so full of a life that was never lived... and all the potential never fulfilled

I love the darkness of this. It’s a song about forgetting someone and the memory fading... which can be a good thing if the memory is bad! I find it a really sad and dark song -  it’s like emptying your head of someone after a breakup- getting rid of their things one by one and throwing them out - deleting pictures, deleting memories.

The Fray - How To Save A Life

This is always such a nostalgic song, I used to listen to The Fray a lot when I was younger and this to me is is a song that really resonated with me at the time, it's very heavy but so beautiful.

Johann Johannsen - Flight from the City

This must be one of my favourite pieces in general.. it's so simple but so incredibly moving - I was lucky enough to see Johann play at the Barbican before hearing the heartbreaking news that he had passed away, so of course now there's the added sadness that we've lost one of the most talented composers of the 21st century.

I just love the piano in this, it's so delicate and beautiful and combined with Sia's incredibly raw inflections on her voice it always gives me goosebumps the second she starts singing.

This song is such a classic and so powerful. This reminds me of when I travelled around the Southern states of America, you'd have these vast landscapes with nothing but a road ahead of you for miles and miles and I'd have Johnny Cash on the old car stereo and just drive - the combo is therapeutic.

Lea Porcelain - I Am OK

Is it ok to end on a slightly more hopeful upbeat note? This song I found through our mastering engineer Zino Mikorey who shared this song and I wasn't familiar yet with Lea Porcelain but I got totally hooked - this song is so raw and has so much emotion that I just played it on repeat for weeks. The pain in the song is evident, but it really lifts the spirits and helps you get back up again, I think this song could help a lot of people and if that's not what music is about I don't know what is?