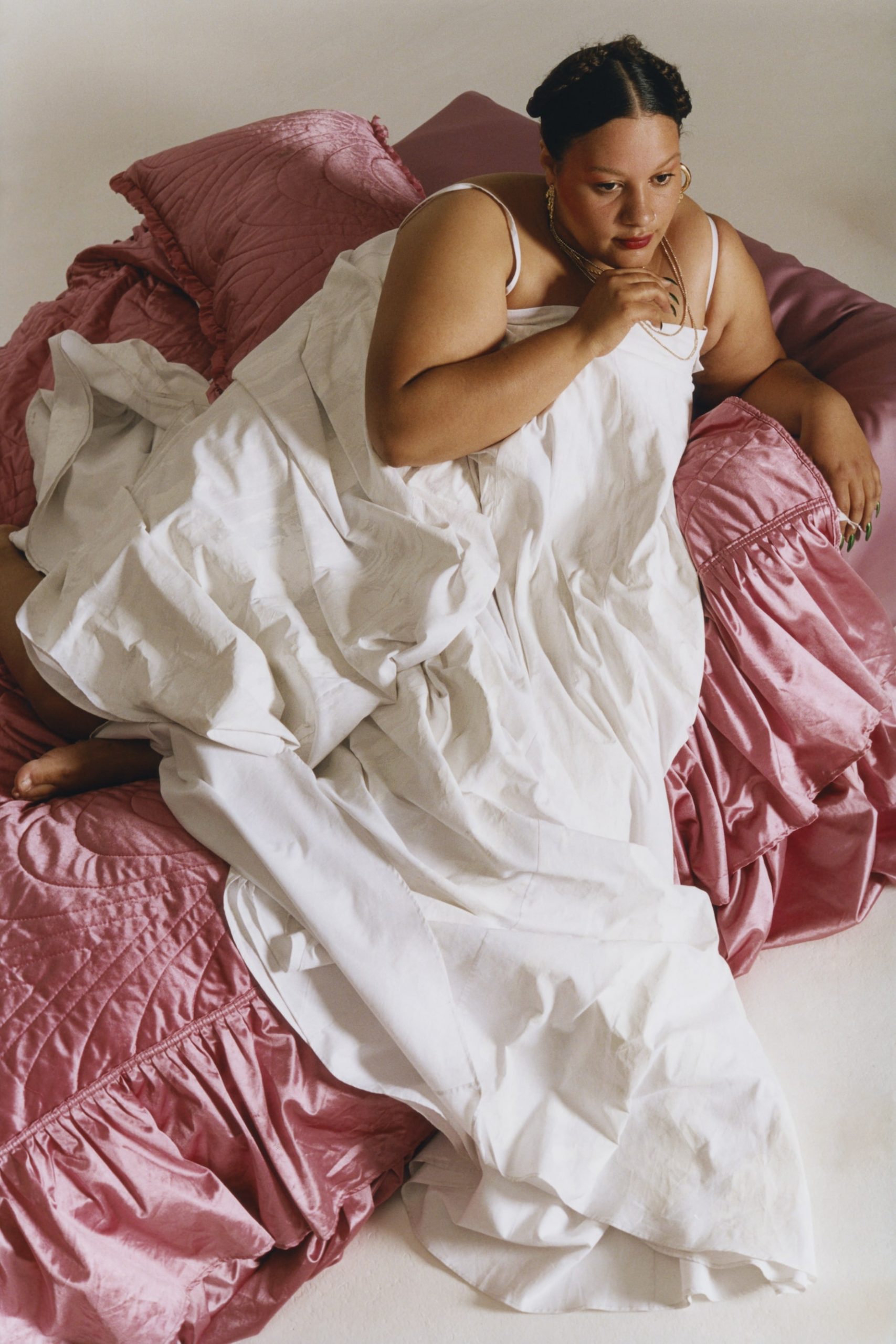 “As a person of colour and a plus-size woman, I’ve never felt that comfortable with myself as a performer,” sagt Nancy. “Over lockdown I've had a lot more time to think about how I want to be perceived on stage. I used to have really bad anxiety before a show - plunging straight into a song and not looking up until the end of the song where I can look around for affirmation from everyone in the band and crowd. It’s been really valuable to work on remembering that I’m on that stage for a reason, particularly as a person of colour. I think it’s important for an alternative band to be fronted by somebody you wouldn’t normally see - I don’t need to be over-sexualised, or our music to be put into a box of R&B, just because of my skin or body type.”

"Home for Now", erscheint am 20. November via AWAL.

The first half of this song makes me feel like a crisp spring morning, it is clear and direct then as it progresses you feel like you’re being drawn into another world. The string arrangement is so beautiful and I love songs sung in French.

I love the Cocteau Twins - being able to evoke emotion without using words is a mean feat. The chugging bass at the start of this song takes you into a trance.

The first time I heard this song I felt like I already knew it. It reminds me of music my parents played when I was young. But it’s new!

Sometimes the use of folley in songs doesn’t work but on this track it builds so beautifully around it. I think it’s the perfect slow build into an open expanse.

Otta is an amazing up and coming musician, this is such a fab song. It feels really raw and falls apart in moments and grows in others.

The Beach Boys - All I Wanna Do

The Beach Boys were one of my favourite bands growing up and I’d listen to their songs over and over completely mesmerised by their harmonies having no idea how they made such angelic sounds. This is a more upbeat light-hearted song of theirs, I do love the sadder ones but this has a great mix of the melancholic beauty with the other faster stuff.

Deem Spencer- There Was Plenty Of Time Before Us

On this track Deem Spencer combines a really cinematic instrumental that reminds me of something Jon Brion would do, with a great vocal on top. It’s a really interesting mix of sounds and I really love it.

Massive Attack’s Teardrop was a song that changed my life when I was younger and I recently discovered this song. I thinks it’s incredibly beautiful. Hope Sandoval’s vocal is so emotional and works perfectly with the atmosphere Massive Attack have created underneath.

I listen to a lot of jazz and instrumentals when I’m reading and this one is one of my favourites. It’s really emotive and beautiful and just a perfect piece of music.

Moby is one of my favourite artists and I used to listen to him soo much as I was growing up. I wanted to make music like him. I really like music with an emotional depth and he always seemed to have that. This song reminds me of travelling and I would listen to his album as I was moving on planes and boats, giving everything a sad but beautiful tinge.